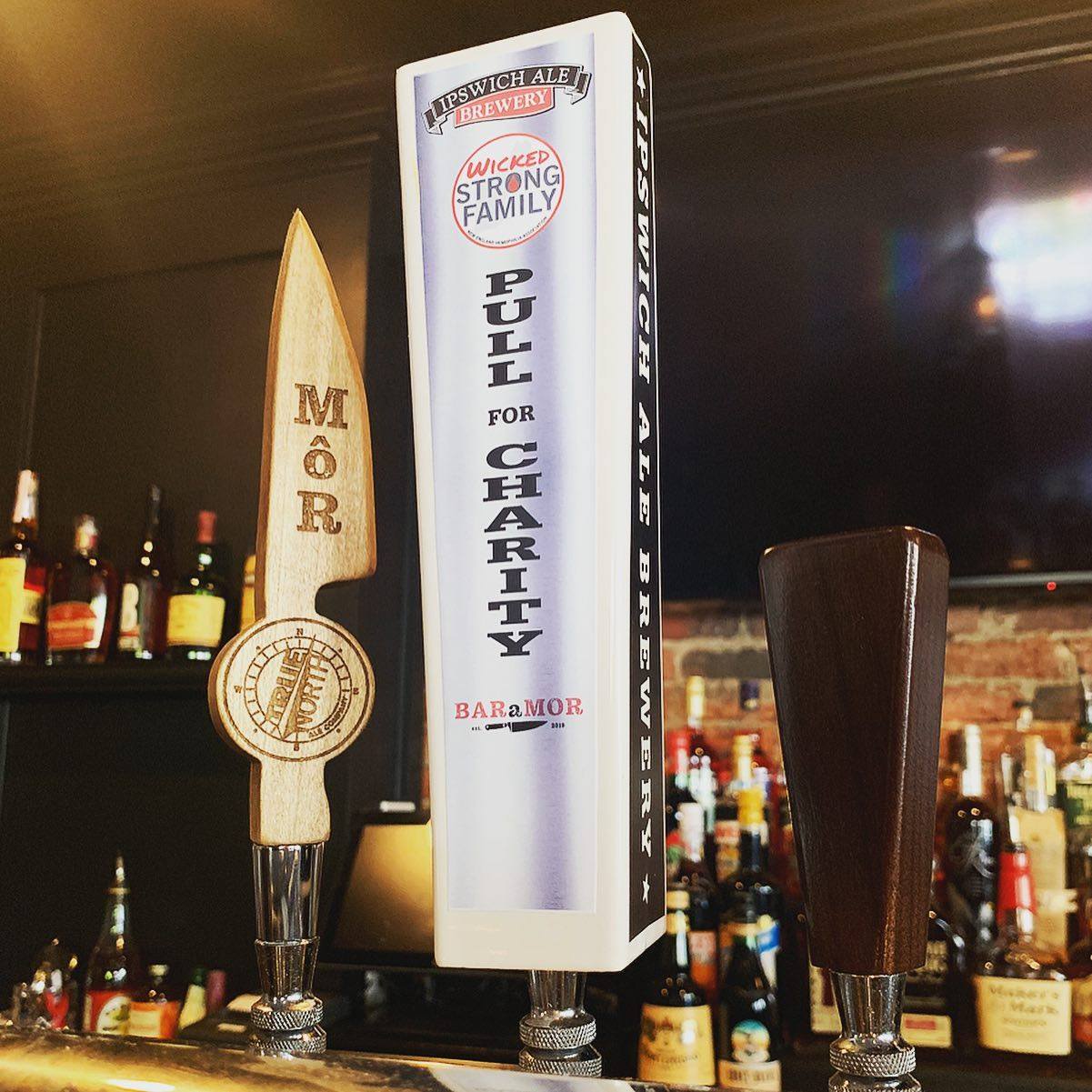 The New England Hemophilia Association was proud to partner with a local brewery to raise money for the bleeding disorder community in June of 2019. Baramor is a new pub located in Newton Center, MA and has a draught line dedicated to charity.

This draught was brewed by Ipswich Ale Brewery and helped raise vital funds and awareness for those living with a bleeding disorder. NEHA was the first organization to be featured at Baramor with a “Wicked Strong Family” brew. For every pint purchased, Baramor donated $3 to NEHA.

At the end of the month, a total of $1,701 was raised for NEHA! Thank you to Baramor and to Kate and Jordan Bazinsky for making this happen! Make sure to return to Baramor in October when the “Wicked Strong Family” brew will be featured again!